WHO ARE YA?
Who are the far-right English Defence League, and what are their strategies? 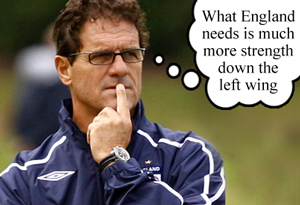 Seemingly coming from nowhere, the EDL and their allies have grabbed headlines and created a very public right-wing street presence for the first time in many years. Although theyve had a sound thrashing everywhere theyve raised their heads since their first announced demo in Birmingham in August, (see SchNEWS 687) they keep coming back for more.

In fact their latest flyer takes advantage of the beatings theyve received  with the slogan Its not racist to oppose Radical Islam the image (taken during the Birmingham fighting), is of a grey haired geezer having the Union Jack pulled off him by a snarling mob of Asian youth. In a high profile grab for attention theyre planning demos in Manchester on Oct 10th, Swansea on the 17th and Newport on the 24th. Theyre coming to town near you, soon.

So are the EDL racist, fascist or what? Theyve made a big deal about how they have black members and in a recent photo opportunity (for the Daily Star), they publicly burned the swastika flag and brandished a sign defending Israels right to exist. In that sense theyre doing a lot to distance themselves from the lunatic far-rights obsession with the evil hand of the Jew being behind every disaster that befalls the white race. This has caused a certain amount of amusing kerfuffle on Stormfront, (our favourite race-hate website) with the white supremacist wi-fi warriors really not knowing whether to sieg heil or stay away. The EDL have even taken to brandishing the Israeli flag at their demos.

But the EDL arent the first organisation on the right to trade in the tired old horse of anti-semitism for the brash new nag of Islamophobia. The BNP took much the same route a few years ago. Back in 2004 Nick Griffin penned a column explicitly distancing himself from what had been the orthodoxy of his fellow-travellers on the far-right (only ten years ago Nick was as raving a holocaust-denying, anti-semite as one could hope to meet in a dark alley). The tabloid hysteria and public reaction following 9/11 and 7/7 created an environment in which campaigning against radical Islam was likely to be far more fruitful. Since then the BNPs focus has been on Muslims, with Nick Griffin referring to Islam as a cancer. The party has even had a Jewish candidate in Epping Forest.

Some criticism of radical Islam is obviously entirely valid  and indeed theres probably a few hundred nutters in the country who would like to see the victory of a global caliphate and the introduction of sharia law, but theyre hardly representative of the Muslim community as a whole. In fact they probably see the EDL as a brilliant recruiting tool. But strangely, the EDL havent chosen to stand outside Finsbury Park mosque; instead theyve taken their cause to the centre of major cities with large Muslim populations and waited for it to kick off.

Could this all be part of an overall strategy? Who benefits from images of radicalised Asian youth fighting with outnumbered white men? The perception that some kind of race-war is taking place on the UKs streets can only benefit the BNP. As long as the resistance to the EDL is perceived as coming entirely from Muslim youth then this becomes a persuasive narrative for many. A strategy of tension could pay dividends for white nationalists. The 2001 Oldham riots were sparked by National Front activists in Asian areas (See SchNEWS 313). As coverage of the EDL in the mainstream press didnt start until their Birmingham demos, not many people are aware of the ruckus in Luton back in May (See SchNEWS 670), when pre-cursors to the EDL overturned cars and smashed windows in Asian areas. Thats why the youth are out in numbers to confront them.

As the far-right seemed to break up into one main party (the BNP) seeking electoral success, and a bewildering variety of splinter groups (compared to the loony far-right the left is just one big happy family), many were left wondering  where are the footsoldiers? A crucial part of any fascist partys route to power lies through control of the streets or, as Nick Griffin once put it,well-directed fists and boots. A BNP that devotes itself exclusively to ballot box politics isnt likely to end up in government. On the other hand being publicly associated with a gang of boneheads probably isnt going get you invited on to Question Time. The BNP also publicly disassociated themselves from the instigators of the Oldham trouble, while privately congratulating them.

Searchlight have uncovered numerous behind-the scenes links between the BNP and the EDL, with BNP organisers taking a leading role. That at least would explain the EDLs public hatred of the National Front, long the BNPs political rivals. Certainly a glance at the EDLs forums suggests that there is no chance of them forming their own political party. With Casuals United they are trying to recruit from the football terraces as though its like the 70s when anti-IRA sentiment was the single issue that bound the feuding football tribes together.

How much of a threat are the EDL? Potentially, given the anti-Islamic propaganda spewed out by the tabloid press, they could act as a potent recruiting tool for the far-right, sparking riots which lead to greater voter turnout for the BNP. But its questionable how many of their footsoldiers are really ideologically committed to the project and, if met with a robust response now, they may disappear as quickly as they came.

just to say that Muslims are not going through what Jews did. Sort of. The Koran is the only Holy Book with a mandate for genocide; "kill all non-beleivers" 4.89.

The EDL are not fascists, nor racist and most deifinately not Nazis. They simply do not want radical Islam taking over Great Britain. The EDL are not against everyday muslims nor any other ethnic minorities that lead their lives without calling for the destruction of British Society, Democracy, Lives and Values.

They are not demanding for Muslims to return to their native countries. In addition the EDL has no affiliation with the BNP, with both sides actively disassociating themselves from each other.

It's slightly worrying to see the latest turn out, compared to the counter demo. It's always been the left in the greater numbers, up until the last demo.

Are they all hiding from potential trouble, leaving the few commited people behind to fend off hundreds of scummy-track-suit-wearing nutters?